Is there anything better than a wonderfully light, perfectly crisp Yorkshire Pudding? We don’t think so. Having a Sunday Roast without that beautiful cloud of perfection must be considered sacrilege, doesn’t it?! So, it got us thinking, to celebrate what has to be one of the best days of the year; British Yorkshire Pudding Day, on 6th February, we’ve put together our guide so you can make the perfect puds as well. 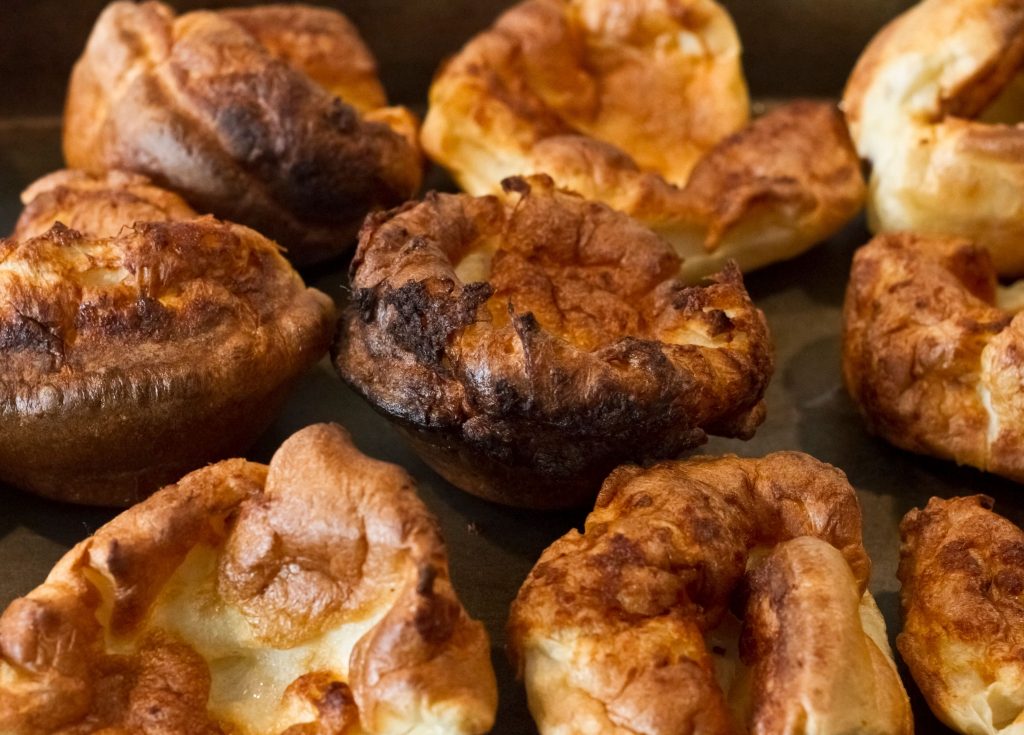 There are two types of people in this world, gravy soakers, and keep it crispy-ers! Here at The Masons Arms in Gargrave, near Skipton, we’re definitely the former. After all, if a Yorkshire Pudding wasn’t designed to hold at least a gallon of gravy, then what on earth was it designed for!?

There’s so many ‘old wives tales’ surrounding the great Yorkshire Pudding, it’s enough to confuse the most seasoned chef! However, they really are quite simple. Afterall, a Yorkie is just a risen pancake isn’t it?! The amount of times I’ve heard people say the phase “the secret to a Yorkshire pudding is…”. And it’s usually something different every time. Whether it’s a “pinch of salt”, “must rest it overnight”, or “for Heaven’s sake keep the oven door shut!”. But in real terms, let’s get back to basics. The three cheapest (I mean we are Yorkshire folk after all), and most accessible ingredients known to man make the most fabulous tasting puds ever, so let’s not overcomplicate matters shall we! 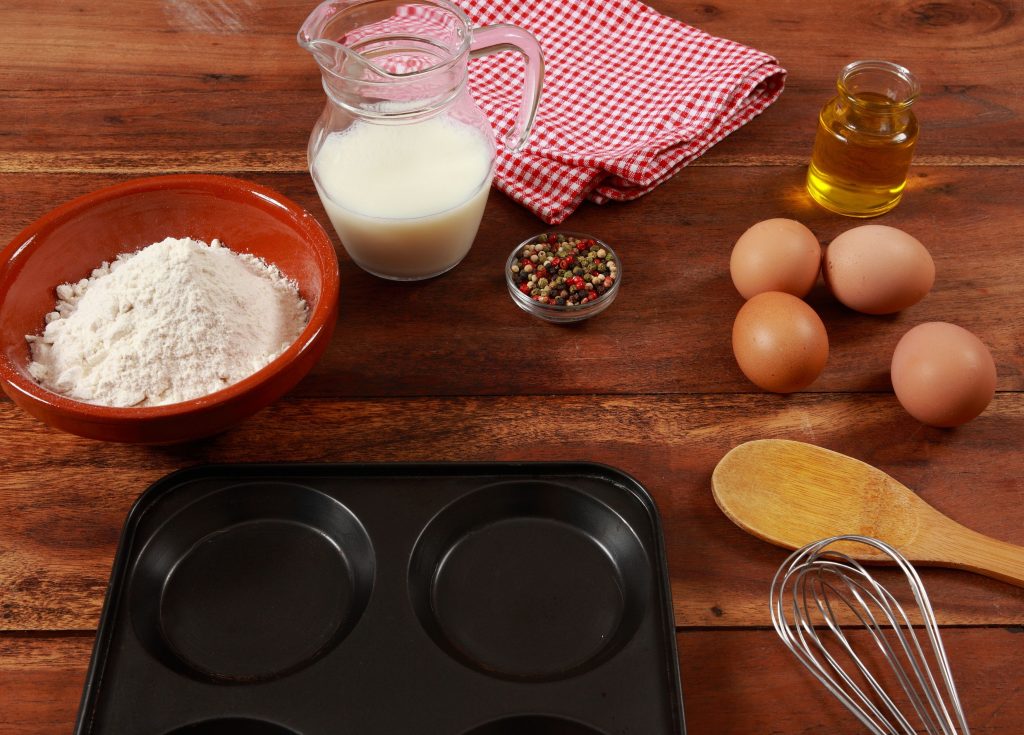 Anyway, onto how we do it.

Our recipe makes 12 reasonably sized Yorkshire Puddings, so if you like a few extra ones (who doesn’t), then we would recommend doubling the quantities rather than trying to add a bit of extra of each ingredient. Always better to have too many than not enough isn’t it! And these bad boys are perfect for freezing as well, so if you’re the type of person who enjoys eating them rather than cooking them, then batch cooking is always the way forward.

A little tip before we get started with the method, if you don’t have scales or a measuring jug (or simply can’t be bothered measuring!), then if you use a glass or a cup and bring each ingredient up to the same level as 3 eggs, so you have the same volume of egg, flour and milk. You can have that tip for free!

Transfer to the fridge while you prepare the rest of the dinner, or if you really want to follow at least one ‘old wives tale’, you can keep the batter in the fridge overnight!

Heat your oven to 180c Fan / Gas Mark 7. Pour a tbsp of oil in each muffin hole, then put in the oven for 5-10 minutes to heat up. Carefully remove the tin and ladle the batter evenly across each hole. Put back in the oven for around 25-30 minutes until golden brown, crisp and fluffy!

Enjoy with a Roast Dinner and Glass of Wine or pint of beer! Bliss! 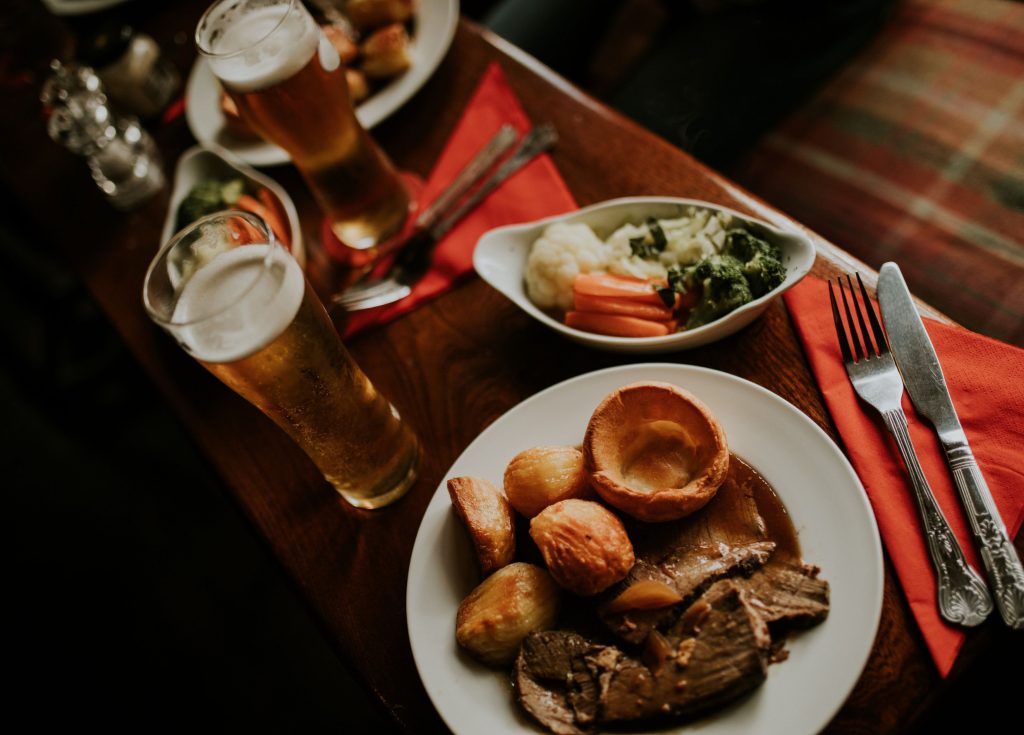 We hope this recipe helps you serve up the perfect Yorkies. If we had to say one secret to this recipe, it is to make sure you get the fat piping hot. It should just be starting to smoke when you take the tin out of the oven prior to ladling the batter in. Be careful at this point as the fat has a tendency to spit out when you start ladling the batter. But it’s well worth the aggravation!

A brief history of Yorkshire Puddings

For all you foodie geeks out their like us, here’s a brief history of the humble Yorkie.

Yorkshire Puddings actually date back as far as the 1700s, when they were originally called ‘Dripping Puddings’ owing to using the fat from whichever meat was being cooked. The puddings would have been cooked underneath the meat so that the fat and meat juices fell onto the puddings, therefore adding flavour and not losing precious fat and juice to the flames. The prefix ‘Yorkshire’ was first introduced within a publication by Hannah Glasse in 1747, in ‘The Art of Cookery Made Plain and Simple’.

Yorkshire Puds were first served as a starter rather than as part of the main roast dinner meal, as it is now served. It was eaten simply with a little gravy on top. This was mainly due to meat being so expensive, so the theory of ‘filling up on pudding’ was to make the meat stretch further amongst working class families. “Them ‘at eats t’most pudding gets t’most meat”, as the saying goes.

There are now ‘modern’ variations of the great British Yorkshire Pudding, most notably ‘Toad in the Hole, which incorporates pork sausages into the traditional recipe, and is usually cooked in a larger baking tray, rather than individual muffin tins. As mentioned earlier, the recipe itself is the same as a pancake mix, the different cooking process being the only difference, causing the batter mix not to rise.

The humble Yorkshire Pudding is very much a great British institution, with pubs and restaurants across the land claiming to make the best! We’ll let you be the judge of ours, if you make the recipe, or of course we’d love to welcome you into The Mason’s Arms in Gargrave, near Skipton, for a traditional Yorkshire Sunday Roast Dinner.

Our Top 5 Picks for Things to Do when Visiting Gargrave